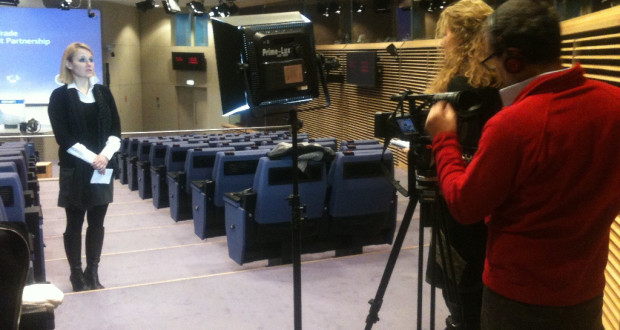 Over reports shooted in Greece, Belgium, Spain and United Kingdom, and always having Turkey as a reference, the program focus its attention on providing the citizens a closer view of the experiences of thousands of people, organizations, institutions and firms that obtain European funds in areas such as science and health, environment, new energies, transport security or information technology sector.

“We will know the protagonists of these successful cases, their projects and the results they have obtained generating and advance, knowledge or improving some challenge set out in Europe or in any of the countries that are trying to enter the EU”, tells Graziella Almendral, Indagando TV and AB-Bilgi project director.

In every of each 10 programs, an European specialist will explain an European area, its international relationships, the importance of commerce and business that sets EU, the enlargement vocation and the way the countries, as in the case of Turkey, must follow to achieve it.

The first program will focus its attention in European institutions and will approach citizens to European Commission, European Council and the Parliament.

Turkish journalist Senhan Bolelli will present “Discovering European Union”. A young, close and plenty of humor point of view will lead audience through the program, always connecting Europe and Turkey.

The programs will be broadcasted by Indagando TV and through the project web. They will last over twenty minutes, it is produced in Turkish and English and it is free to be distributed among all the media interested in broadcasting European Union information.

The AB-Bilgi project is into the European Cooperation Program EuropeAid Dialogue for the Civil Society EU-Turkey III, Media (CSD-III/M). Its objective is to bring the EU policies to Turkey, but above all, it wants to approach Turkish journalists to the cooperation actions, development initiatives, European programs and the lines of the EU funding available to civil society to implement projects from the bottom up.

Considering the philosophy of the Civil Society Dialogue (CSD) program, the AB-Bilgi project promotes the cooperation networks, the exchange of good practices and experiences between the Turkish and Spanish civil society. And it is done through online communication, the television programs and training in European subjects.

Indagando TV is an internet television channel dedicated to promote innovation, knowledge society and scientific and medical dissemination. Live broadcast television is directed to the general public. Their goal is to unite in the same media professionals of the technology, the environment, science, medicine, media communications, general public, scientific institutions, foundations and private companies.

2015-05-06
indagando
Previous: Ceren Gergeroglu, Coordinator of Assembly of Cooperation for Peace in Aragon (Spain)
Next: Who is Who in the EU – Isabelle Brusselmans