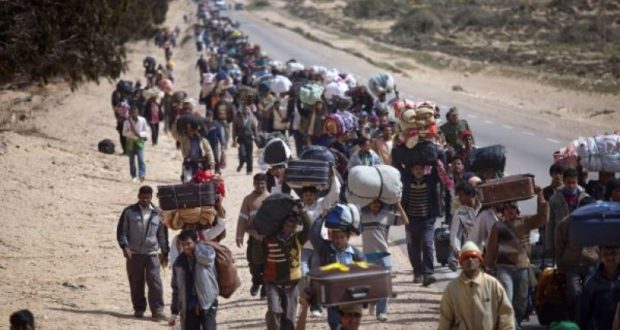 Indagando TV and four European organizations have presented an audiovisual project at de European Union in order to use the audiovisual creation as a tool to disseminate and promote an effective integration of the refugee population.

The aim of this initiative is to contribute to a real connection between the refugees and host inhabitant population; to promote the European citizens sensibility about the refugees situation and struggle to make it in a foreign country and, at the same time, trying to eradicate negative stereotypes that they can have on them.

This project could help to change the vision offered about refugee movements, also to involve all kind of possible participants and, moreover, establish a transnational partnership with the media and entities that work in local communities with experience in the development of awareness strategies and publicity campaigns.

The project has the collaboration of Ideyapim, a Turkish broadcast that participates with Indagando TV in AB-Bilgi Project, co-funded by the European Union and the Republic of Turkey.  If this initiative receives the EU funding requested, the partners will make a documentary that will serve to start the public debates in different European countries about the integration of refugee population.

Additionally, the project wants to create different cultural platforms from local environment and it will be close with a big event in Madrid about Diversity and Exchange Good Practices in Europe.

Furthermore, in this initiative will take part: