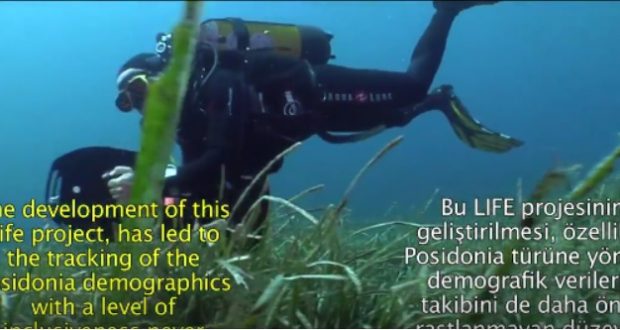 Environmental protection and the fight against climate change is one of the pillars on which the policies of the European Union are based. In fact, until 2020, 20% of the EU budget will be dedicated to the development of programmes related to agriculture, research or transport, which will help curb the impact of climate change. In our Ab- Bilgy TV programs, “Climate change and its impact around the world” and “Posidonia Oceanica the Marine Forest to be protected”, we will know in depth two fo these programmes, Infrarisk and Posidonia.

Environmental protection and the fight against climate change is one of the pillars on which the policies of the European Union are based. In fact, until 2020, 20% of the EU budget to the development of activities related to agriculture, research or transport, which will help curb the impact of climate change will be dedicated. On TV Ab Bilgy we dedicate two programs to meet the broad outlines of EU action in this area and projects that are working to prevent the effects of climate change from different approaches.

On “Climate Change and its impact around the world”, we know the general guidelines of the European Union on climate change and its new commitments following the conclusion of the United Nations Climate Change Conference, held in Novermber 2015. The EU will spend 180 billion euros by 2020 ondifferent programs to help curb climate change and mitigate its effects. In addition it will support with 100 billion euros to the poorest and most vulnerable countries to develop environmental programs. In this program will knowknow the areas of activity to which this great economic investment will go.

In addition, we will know a project that has has been developed to prevent the impact of natural disasters in transport infrastructures, INFRARISK. Natural disasters have a direct relation to climate change and only in Europe have killed 80,000 people in the last 10 years. To mitigate these effects, a group of experts has developed a tool that will assess the effects of these events on the critical points, for transport and consequently for the population.

The TV program,  “Posidonia Oceanica Forest Marino to be protected” brings us closer to a project developed in Spain by the Oceánidas NGO and supported by the European LIFE program for the support and environmental conservation. The oceanic Posidonia is an endemic species in the Mediterranean Sea, a treasure that forms large meadows maintaining the marine ecosystem.

The “Posidonia Oceanica” project works in different areas for the protection of the seabed. On the one hand, it is developing a complete mapping of seagrass to assess their progress and a detailed census of species, animals and plants, which are part of the ecosystem. Moreover, the project intervenes on human action, especially on the main threat to this species, trawling fishing, installing the seabed elements that prevent this practice, and raise public awareness about the importance of preserving this ecosystem.

2016-10-10
indagando
Previous: AB-Bilgi, TV Program – How is the European Union working to face migratory crisis in the Mediterranean?
Next: Training Sessions in Turkey – Trabzon 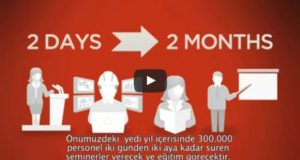 AB-Bilgi Television Program: All the opportunities to be formed in the EU