Home » Interviews » Give us your opinion… Aykut Denizhan 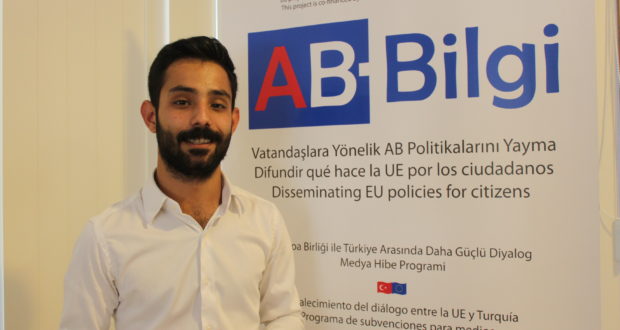 Give us your opinion… Aykut Denizhan

Do you think Turkish journalists know the reality of the EU, and vice versa?

In the near past, Europe follows the situation in Turkey, but due to undergo continuous revision of the dynamics, I don’t think that this is a complete follow-up of the situation in Turkey. Due to the multicultural nature of life in our country, I think it is not possible to provide concrete data. Turkey, outside of Istanbul, Antalya, Ankara and Izmir with its own culture structure is open to offer and receive knowledge. The political structure of Turkey must be understandable in depth by European journalists. I see the important work done in this regard in recent years.

I think that Turkish public is little concerned about opportunities. If information was provided, I think that this number could be increased. During the last 50 years, Turkey follows EU closely because the country wishes to be a member of the Union. In this sense, assistance and funding will be open at all times to be evaluated.

It would be useful for your daily work to get in contact with European journalists?

The press has real power in its own but at the same time has many responsibilities. The process of Turkey’s candidacy for the European Union must be communicated carefully. I believe that except for diplomatic processes a significant portion of this can be done through the media. For this reason, I believe that the dialogue with European journalists will help Turkey both to express itself and be understandable as well.

To make your information, would it be easier for your work to have video and audio tools about Europe?

I think the use of audio and video tools about Europe would make the job easier. Besides the international publishing of European Union about Turkey, I think it would increase the familiarity between them. In the age of technology it is important to be able to make any evaluations and providence.

2016-09-09
indagando
Previous: Training Sessions in Turkey – Izmir
Next: The rol of the European Union in the fight against the extinction of species