Home » Interviews » Give us your opinion… Rocío Gómez 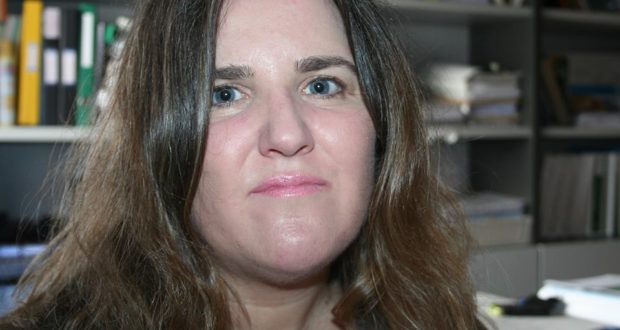 Give us your opinion… Rocío Gómez

Rocío Gómez is a Spanish journalist specialized in rural development and European projects.

No, I don´t.  What I think is that, in general, there is a great professional ignorance in both directions. The information maelstrom in which we are everyday, places Turkey  far from our focus of interest. Hence the importance of the work you are carrying out by AB-Bilgi, a project that has managed to create a bridge between these two realities, civil societies and journalists. I certainly think that is the direction in which we must continue working to achieve a more compact and united European Union. We must continue building networks such as that AB-Bilgi generates, networks to promote an approchement between the different peoples and greater and better access to information in Europe and its various realities.

Undoubtedly. Despite the efforts already made, Europe fails in communication. European institutions have to work harder to publicize its policies, funds, programs and projects. An isolated campaign or a specific action is not enough. Communication has to be an integral and sustained task over time. In this way, Europe would have much more influence, not only in Turkey, also in the environment in which I move, the Spanish rural areas, where there is generally an alarming lack of knowledge about the opportunities that the European Union offers. Ignorance is unfortunately leading us to lose many opportunities.

Would it be useful for your daily work to get in contact with European journalists?

Yes, of course, considering that I do work in an organization that is actively involved on the scheme of rural development in Europe, Local Action Groups (LAG), responsible for the Leader management in the European countryside. Just one of the lines of the Leader method implemented for almost two decades the Rural Development Groups in Spain is inter-regional cooperation through projects that allow us the exchange of experiences, meet other realities and generate solutions and good practice to several territories in any geographical point of Europe. However, in the last Community framework we barely had room to cooperate at European level, which should be corrected in the new framework is being defined at the moment. Knowing the reality of information professionals in other European rural areas and to exchange ideas and ways of working, and also observe how other LAG are managing communications, would certainly be very useful and enriching.

To make your international information, Would it be easier for your work to have video and audio tools about Europe?

More than for my work as a journalist, we would need this kind of materials and audiovisual support to spread among the population of our region other experiences and realities, and bring the work of the European institutions and the opportunities that Europe offers the inhabitants of our territory.

2016-06-11
indagando
Previous: The STACCATO program advances in research for sustainable agriculture
Next: Who is who in the EU – Phil Hogan