Home » TV Programmes » How is the European Union working to face migratory crisis in the Mediterranean?

How is the European Union working to face migratory crisis in the Mediterranean?

Are refugees welcome in Europe?  This was the title of the European Youth Event 2016 that took place in May in the Strasbourg Parliament. Young people from all over Europe could listen the nightmare stories of young Syrian refugees that fled war.

In the last year the European Commission has been working in a The European Agenda on Migration . It outlines the immediate measures that will be taken in order to respond to the crisis situation in the Mediterranean

This summer a Special Measure worth €1.415 billion has been adopted to support refugees in Turkey

2016-09-13
indagando
Previous: The rol of the European Union in the fight against the extinction of species
Next: Solidarity, at the heart of European values 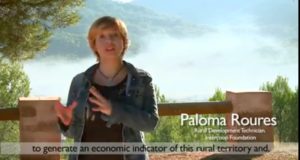