Home » News » Roma integration as a requirement for UE enlargement 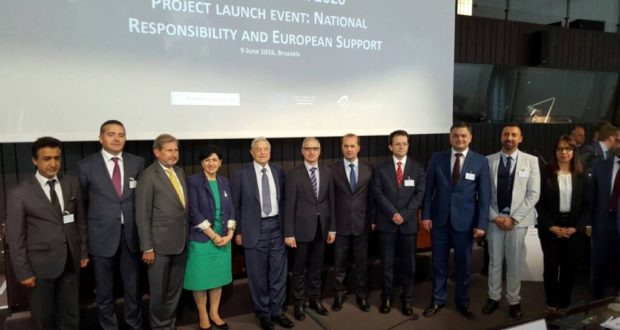 Roma integration as a requirement for UE enlargement

The European Commission (EC), the Regional Cooperation Council (RCC) and the Open Society Foundations (OSF) jointly launched, this month, the “Roma Integration 2020” initiative. The aim of this initiative is to ensure that actions are taken in favor of the integration of Roma in countries that includes the enlargement of the European Union.

The project launch, also brought together Roma integration policy leaders from the Western Balkans and Turkey and civil society organisations from the region. The EU Commissioner for Neighbourhood Policy and Enlargement Negotiations, Johannes Hahn said, “Roma integration is an important element of the enlargement process. Before accession, countries will need to prove tangible progress in the fields of education, employment, health, housing and civil documentation”.

For its part, the Secretary General of the RCC, Goran Svilanovic, recalled that the countries of Southeastern Europe are experiencing difficult times by high levels of unemployment and impoverishment, and that these are problems that most affect those suffer inequality. “The region needs to walk the path to EU with its entire people, and Roma cannot be left behind again.”

“Roma Integration 2020” aims to reduce the gap between Roma and those who are not, in the Western BAlkans  (Albania, Bosnia and Herzegovina, the former Yugoslav Republic of Macedonia, Kosovo, Montenegro, Serbia) and Turkey. This initiative will build on the achievements and the spirit of the “Decade of Roma Inclusion 2005-2015” which was an unprecedented political commitment by European governments. The Decade focused on the priority areas such as education, employment or health, taking into account priority issues such as poverty, discrimination or gender.

Grants from Open Society Foundations to countries organizations that they participate in “Roma Initiative 2020”.

2016-06-28
indagando
Previous: Give us your opinion… Pilar Balet
Next: ENHANCE, a partnership to improve the resilience of the population to natural disasters