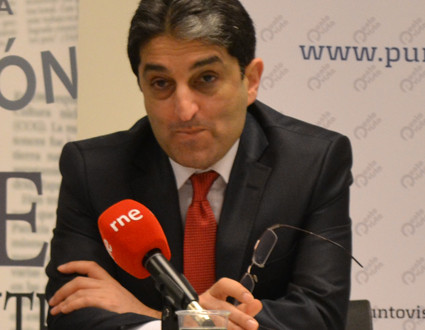 Selcuk Gultasli is a Turkish journalist representing ZAMAN (Turkish) and Today’s ZAMAN (English) dailies in Brussels since 2001. He has started working as a journalist in 1995 and with the exception of two years, between 1999-2001, when he worked as the diplomatic editor of Turkey’s then only English language daily Turkish Daily News, He has always been with ZAMAN group. He is also making a TV program for a national 24/7 hrs. news channel called Samanyolu Haber whose boss Mr. Hidayet Karaca has been in prison since Dec 14, 2014.

ZAMAN is the largest circulating daily in Turkey at the moment with a daily print run of around 870.000 copies per day.

Do you think that European journalists know the Turkey situation and vice versa?

There are those who follow Turkey, I should say, quite closely. Some newspapers and news outlets either have their correspondents in Istanbul or work with stringers. They know quite a lot on Turkey and we could say they cover Turkey fairly well. Those foreign journalists who go to Turkey only for specific periods i.e. elections could sometimes miss many details and quickly jump on conclusions. The same goes with Turkish reporters as well.

It could well be the case. However there are several problems. First and foremost the EU Council, back in 2004, decided that Turkey could be permanently kept out of structural and CAP (Common Agricultural Policy) funds which is the largest chunk of the EU budget. So EU has said from the very beginning that Turkey will not benefit EU funds as former candidates did. Secondly, there are many in the country (more educated and informed part of the population) who see possible EU membership as a recipe for Turkey’s political problems, not the economic woes.

Why are you interested in Europe? What Europe can offer to you?

My newspaper and I are interested in EU process basically because we think EU presents a good framework to sort out Turkey’s political problems. As we think democracy, human rights, rule of law, separation of powers, media freedom should be the norm rather than the exception, EU seems to be the best option for Turkey. That is why my newspaper ZAMAN is only one of the two Turkish national newspapers which still has a representative in Brussels.