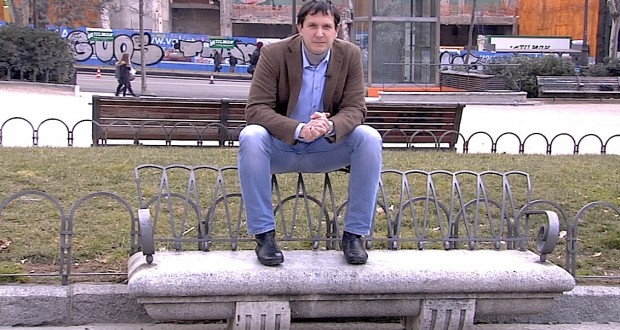 Do you think that European journalists know the Turkey situation and vice versa?

I do not think that they have information beyond the reports or some books. In fact, sometimes, I think that they are ignorant about Turkey’s reality, but, of course, sometimes it is the easiest way. Turkey has its own culture, as the rest of countries, its internal dynamics and variables. We are not a country that can understand easily in a short time.

Of course. There is a popular expression in Turkey, “Ne kadar ekmek o kadar köfte” that means, more or less, “who gives quickly gives twice” or “you always get what you give”. The more the European Union make its presence felt in the daily life of the Turkish people, in the same amount,, even more will receive the interest of the Turkish people.

It would be useful for your daily work to get in contact with the European journalists? To make your international information, could it be easier to have video and audio tools about Europe?

That exists yet. Almost all Turkish journalists that are working in Europe have quite dialogue with their colleagues. But, of course, the new ideas and projects could be useful to go into detail about the relationships on both sides. I think it should be communications not only among journalists but at all society levels so you both know each other better, breaking prejudices and relationships are strengthened. This is beneficial to everyone.

2015-03-30
indagando
Previous: The Embassy of Turkey in Spain has known our project
Next: “Social Europe”, Recommendations for a more caring EU