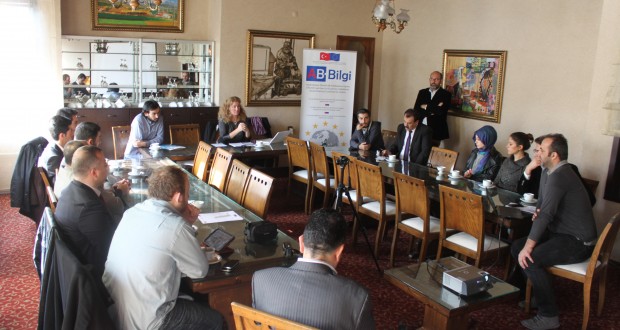 Journalists of seven Turkish regions will receive training and free information over the next fifteen months, hand in glove with a Spanish professional team to which the European Union (EU) has decided to finance to accomplish this initiative. The project, lead by Indagando TV, is into the European Cooperation Program EuropeAid Dialogue for the Civil Society EU-Turkey III, Media (CSD-III/M).

The initiative, which responds to the Turkish name AB-Bilgi, aims to bring the EU policies to all corners of Turkey, but above all, it wants to approach Turkish journalists to the cooperation actions, development initiatives, European programs and the lines of the EU funding available to civil society to implement projects from the bottom up.

In order to do this, AB-Bilgi project has Destan TV as a local partner. The TV producer is located in Kütahya, the main center from which it will be developed.

The project starts in October and has a duration of fifteen months along of which ten television programs will be produced as well as training sessions for journalists and public and also private social entities in the cities of Ankara, Kütahya, Smyrna, Adana, Erzurum, Diyarbakir, Trabzon y Bursa.

In addition, it will be created a cloud store of free access on the AB-Bilgi project website with the informative and audiovisual material produced during the project that it can be used by the professionals. Finally, cooperation lines with Turkish and Spanish public media will be looked to promote the issue of content about the EU which has a special impact on the work carried out by civil society.

The first of the initiatives will be developed already this month of November in Kütahya, where the project is going to be explained in an Infoday directed particularly to journalists from the area.

The project is accompanied by a communication plan that is going to focus in particular on social networks and in general dissemination tools in Spanish, Turkish and English.

All the organized activities will be free for the participants.

2014-10-15
indagando
Next: Indagando TV leads a project to spread the European Union in Turkey