Home » Interviews » Give us your opinion… Pilar Balet 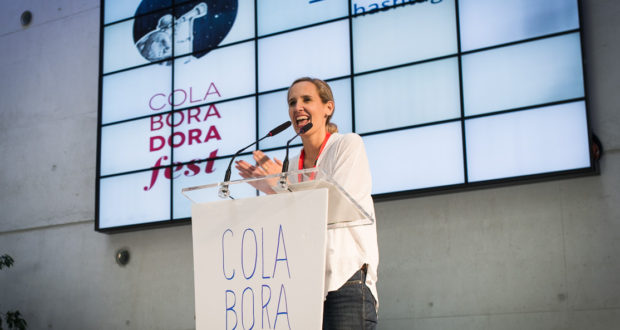 Give us your opinion… Pilar Balet

She has a degree in Communication from the University of Navarra and Master in EU Law and Economics from the Paris- Sorbonne University. He is also a specialist in International Relations and has studied in depth, as a Phd student, Turkey’s accession to the EU.

Do you think Turkish journalists know the reality of the EU, and vice versa?

My guess is no, they don´t, but in the same way as journalists from member countries doesn´t. The EU has invested heavily in communication but rather poor results. In this regard, I believe that states have not put much on their part because they understand that if you allow Europe to have much presence in your country, you lose hegemony.

There are many interests in the EU and in addition, each country is different and the way it works is complex; It is very difficult to regulate communication projects when everyone wants to do it in a different way. Except monetary, agricultural and trade, which are the pillars of EU policies, the other areas are managed by each country as they want. In any case, interesting communication projects has been developed and, for example, the fact that the presidency is rotating, brings Europe closer to the citizens every six months.

Do you think the Turkish population would be more interested in Europe if they were informed on aids and economic funds they could access?

In Turkish society, from what little I know, Turkish population is divided in two distinct parts: those living in big cities like Istanbul or Ankara who are a little more cultured, more pro-Western and open, and then there’s the rest of Turkey, wich is a huge segment more pro middle east because they keep some cultural ties with them, and who does not share values with the West.

To communicate, we always have to know well who are we headed to and select the content to reach people. We could probably talk to urban population about funds, administrative structure of the EU or equal rights, por example, and having a smoother conversation with pro-eastern population, about cultural ties, religion…In the end, speaking about UE to a person who does not know the cultural values of each country and when we have a political organization so different, it is difficult. But as we do not know how are the structures in Turkey, which is associated with the state religion…

What kind of information or materials would have to provide to Turkish journalists to transfer this information about the EU?

Projects like this, AB-Bilgi, make information flows and allows us to relate professionally and even personally. At the end, this is a distance race, we have to  listen to their needs and known what their topics of interest are, what they want to know about Europe. We can start from the base and explain UE origin, for example.

Moreover, we have to look for the points we have in common to start a conversation and make the information coming out of the EU not merely propaganda. Spanish people, for example we could talk about the ties we share, the Mediterranean sea… or the Germans, they can speak of the Turkish community, living in Germany for generations back.

Europe is complex even for Europeans themselves, so for those who are not involved in our society, it is incomprehensible. For example, you do not understand why there is no common immigration policy, and you realize that every country has its own needs and interests and it is difficult to make common decisions. I am very pro-European, I think we would not be where we are without the EU, but the EU is difficult to understand even studying.

2016-06-28
indagando
Previous: Infrarisk looking for a safer Europe with the study of their infrastructure
Next: Roma integration as a requirement for UE enlargement